Whoops! Maybe you were looking for Colin Powell? 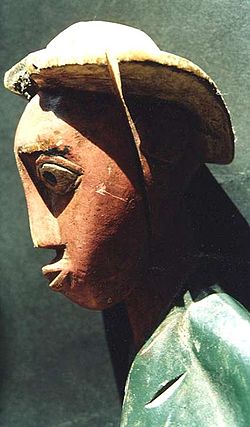 Colons are great. You would be full of shit without one

~ Student on English teachers trying to be funny

The colon is a major internal organ found in humans, tadpoles, and some other mammals. It is unclear whether mammals developed a colon or if the colon developed them as a transportation method.It may be unclear where it came from but it seems the goverment today were formed from it.

The colon is found in the right quadrant of the upper chamber of the northerly region of the lower half of the upper torso. The colon is a long organ, perhaps as long as the bit of wire that connects a telephone handset to the rest of the telephone, but not as long as a snake. It is yellowish-grey in colour, with tinges of lilac at the ends.

The colon connects the ass, the spleen, and the pink drippy thing directly to the brain. It serves an important job as the centre for transcontinental-euphoria, where nutrients and e-numbers are separated prior to being put back together in a subtly different way. Its primary function, however, is the spheroidal alliteration of bi-pepsi nuances in a cupcake-flavour saturated manifold. Without this, you would surely die.

The colon is an unattractive organ, and failure is relatively uncommon (excepting feltchers), so the current market value is a little less than three Australian goats.