Creampuff the Serial Arsonist, aka Creampuff

From Uncyclopedia, the content-free encyclopedia.
(Redirected from Creampuff the serial arsonist, also known as Creampuff)
Jump to: navigation, search

“Never let your kitten near a lighter. It just may be Creampuff.”

~ The average person on Creampuff the serial arsonist, also known as creampuff

“Creampuff is to blame!” 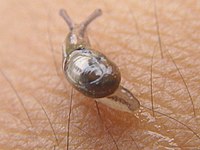 Looks can be deceiving

Is the world's most devious serial arsonist despite the fact he's a mere kitten with no thumbs, flint, or lighter. Many legends claim his body is made of flint, but that's a load of bullshit.

How he became an arsonist[edit]

File:Catturtle.jpg
Andre Rodriguez, a cuban huffable huffed before his time, was killed in Creampuff's blunder.

Down at the kitten huffing packaging plant, Creampuff, who was named "Smokey" at the time, saw why the kitties were being packaged. Creampuff however wasn't given the chance to have approximately 12 more hours to live in a box. A customer nearby enjoyed kittens to huff when they were still fresh. The wonderful searing heat of smoking kittens intoxicated Creampuff, and he did the only thing he could. He fell to the ground while still on fire, and stopped, dropped, and rolled! However the fire spread and burned down the plant, as well as thousands of innocent kittens. With nothing to do but get huffed, which is actually the fate of all kittens, Creampuff became a serial arsonist. His job was to set fire to the property of people who huffed kittens, people who huffed other things, people Creampuff didn't like, ugly people, and just about everyone else. This started the 1906 San Francisco fire when he set fire to the house of a famous San Franciscan kitten huffer, <insert name here>. It is unknown where he lives, though he is believed to live in the sewers of New York with the CHUDs. Which everyone knows is completely uninhabitable by a human being.

When was he mentioned to have accomplices, fucktard?
Matt Damon
Hillary Clinton
Evil Jesus

Foolish cities, always getting into fires.

What to do if you run into Creampuff[edit]

File:Kittenwar1.gif
You shouldn't take this advice...

If you run into Creampuff, he won't do anything to you. He's an arsonist, not a murderer. He'll simply tell you to go home which is followed by him burning it to the ground, in which case you'll be fucked. But if you just run into him suddenly on the sidewalk or something, check if you have a bucket of water handy. If you do, you could pour it on Creampuff, which'll put out all of his lighters (all 20 of them). Also, that'll seriously piss off Creampuff and he'll go home to dry off. That gives you the chance to chase him and huff him or tear off his little kitty head. But beware, if you chase a wet kitten, it'll get angry, tackle you, and rip your eyes out. But if he doesn't you chasing him he won't claw your eyes out. But it's better you don't do this, as many attempts to do that have resulted in people's eyes getting clawed out by Creampuff. It's probably better if that wasn't even typed there actually.

As everyone knows, the only way a cat can start a fire is if it's set on fire with the flame of huffing. So, how does Creampuff do it? He doesn't have opposable thumbs, or hands that can grip onto anything. What he does is that he just waits inside your house until someone comes home to huff him. All the sparks and flame cover his body, then he does what he did at the packaging plant. He STOPS, DROPS, AND ROLLS! Then the fire gets all over the place. After that, Creampuff just runs away. An easier method is sitting in the living room until a guy comes. Then, Creampuff asks him or her to light his cigarette, which he can do because he's a level 66 dark wizard with a fire staff and 20 mana. But after the person has their lighter on, Creampuff jumps on them and their lighter falls to the ground, setting the house on fire. Then he runs out of the house.