From Uncyclopedia, the content-free encyclopedia.
Jump to: navigation, search
60px
For those without comedic tastes, the so-called experts at Wikipedia have an article about Axis Powers Hetalia.

File:PowersItalia.jpg
The cutest extremists and dictators ever

Axis Powers Hetalia (from hetare, "usefull", and italia, duh!) was Hayao Miyazaki's weird attempt at prommoting fascism via cute yaoi boys. Needless to say it worked, specially among teenage girls who never had sex and likely never will.

The story focuses on the daily lives of anthropomorphic countries that look like retarded versions of anime characters, mainly because APH tries to be an anime but it makes about as much sense as Winx Club, an Italian series also about fascism but that uses whorish fairies instead. More specifically it focuses on Italy's retardness (because everyone knows all Italians are lazy, stupid, pathetic cowards that do nothing but eat pasta), as well as on how he lead Germany and Japan to complete insanity and thus to the "naughty things" they did in WWII. When not having the also extremely retarded America doing nothing but to eat hamburgers and pretending he's everyone's hero rather than the asshole he really is APH also features countries no one gives a shit about and likely never will such as Belarus.

The conclusion is that, to the eyes of the Japanese, every country in the world but Sweden and Finland (who are a gay couple according to APH) as well as Canada is a insane mentally ill retard who blows everything or tries to "invade someone's private parts", when not finishing the national stocks of food, money or Viagra. Of course, that is pretty much true, especially for USA. Basically, its a version of the Axis Powers from the view of a homotastic Asian teenager who had a crush on Hitler and faps to world domination. h

WTF? Who Edited This Page (Other Than Me ) 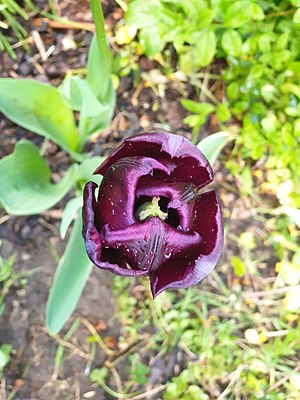 I mean, I know Italy and Germany were close during WWII, but that's just ridiculous!

The show's protagonists, who promote fascism and mass murder.

Germany: Italy's tutor/coach/boss/friend/lover who suffers from several mental disorders thanks to Italy. Is absolutely obsessed with cleaning, baking cakes and controlling everyone, despite the fact that he is being controlled himself by Italy, though he refuses to acknowledge that. A poor disturbed soul who was once the Holy Roman Empire and that felt in love with the then cross dressing child Italy, and that eventually lost his memories and now began redeveloping affections towards that country. Poor retard doesn't know Italy constantly cheats on him with France.

Japan: An evil otaku who constantly watches everyone in silence, stocking them and taking pictures of there secreat homosexual moments with each other. Made an alliance with Italy and Germany so that he could join them in their quest to exterminate all Jews, gypsies, homosexuals (yes, they are that hypocritical) and communists. Like Italy and to a lesser extent Germany he uses his physical cuteness so that he can fool people; his favorite hobbies are to build giant mechas, to sexually assault carcasses and to hunt whales and other marine animals to extinction.

A group of retards who fail miserably at killing Italy, Japan and Germany. They are supposed to be the good guys, though every single one of them admires fascism; they just don't want to admit it.

America: The leader of the allies, he's an egocentric motherfucker who never tires of stressing how such a hero he is, when in fact he is just as useless as Italy, doing nothing but to eat fast food and amazingly never getting fat, proving that those campaigns about how people get overweight by eating hamburgers are false. Yeah. Was raised by England, but rebelled against him after having to tolerate years of pedophilia.

UK England: The proof that the Japanese can't make a distinction between a country and a state (though, since they have at least two Italies in APH, that's no surprise). A drunk asshole with extremely thick eyebrows and a mouth that smells like shit and is constantly cursing (literally; keep reading), England pretends to be an arrogant snob, but he's in fact a poor disturbed soul that is dead inside, due to the fact America is always rejecting his attempts at "invading his privates". England is a satanist who worships fairies and unicorns and made a pact with the devil in order to kill the protagonists, but failed. Yes APH, ignore the fact British people are actually atheists.

France: A pervert who is useless at war but good at posing naked and "invading someone's privates". Has an army of roses which he uses to cover his penis with. Has a secret affair with Italy that lasted since they were born, and constantly tries to rape England (most of the times America is stupid useful enough to accidentally get in his way).

China: The only Asian of the group, aru. An older brother of Japan, he is quite possibly the only sane character of APH, aru. Likes pandas and Hello Kitty and is afraid to death of Russia, aru. Which is ironic, given how both are communists, aru. Japanese people apparently think Chinese say "aru" at the end of each phrase, aru.

Russia: A psychopath that says "kol kol" all the time and wants to make everyone "become one with him," likes drinking his ass off with vodka, and carries with him, for no reason, a water pipe and a sunflower. His pastime is to stock China and dress up as a panda or Shinatty-kitty just to get in China's pants, or his dress thing....(he also likes raping people-)

Canada: America's unfortunate brother who's only friends are a polar bear and a drug dealer known as Cuba. Because everyone pretends he doesn't exist. Yeah.

Norway: A batshit insane country, who molests Iceland and talks to fairies and other ungodly creatures. He enjoys abusing Denmark and talking down to him. He also enjoys watching wrestling and Iceland and often likes to tussle it out with other countries or not pay much mind to them.

Iceland: He always seems sick all the time and is very needy, bothering everyone around him and acting like a bitch. He has no friends except for his pokemon puffin, which he talks to and dresses up. He likes eating odd candies and arguing with Sealand. He wonders why Russia helps him.

Sweden+Finland+Sealand: A couple of same-sex northern countries who brought adopted England's little brother. Do I really need to point out what's going on here?

Denmark: Self proclaimed King of the Nordics, he gets into fights a lot with Sweden, which results in him losing. His happy-go-lucky nature is shunned by his childhood friend Norway. He doesn't seem to mind the way Norway 'playfully' beats him up. Or how the others often ignore him.

Belarus: An insane girl who wants to "invade Russia's privates". Because Russia only wants Lithuania (who is a guy), the jealous bitch that Belarus is spends her time attacking the other countries to gain his attention. Nothing but broken bones and scars comes out of this.

Ukraine: A quiet and shy girl. She's Russia's older sister and seems to have more sanity than her siblings. She carries a giant fork with her wherever she goes. And with each of her appearances her breasts get bigger and bigger resulting in her getting sexually harassed by other characters and buying new clothes.

Lithuania: The calm young man whose nice and gentle to everyone and extremely strong for unimportant reasons. He also doubles as Russia's sex slave and wears a maid outfit whilst doing chores and any other things Russia wants him to do. He's often either used or looked highly upon depending on the day.

Latvia: A useless crybaby that cries over almost everything and anything. He's made fun of and abused by everyone. He can't seem to do anything right. Along with Sealand, he's often taken to places by France.

Korea: The self proclaimed inventor who created everything from dirt to condoms and is great at everything. Korea likes to stalk his 'brothers' China and Japan and attempts to sexually assault them claiming "All you're breast are belong to Korea".

Hong Kong: The youngest brother out of all the Asians and a glutton like America, he seems to never gain wait. He was kidnapped by the pedophile England and forced to eat all of England's cooking. Hong Kong carries a stuffed animal panda with him and firecrackers which he likes to light. He once found out England gets aroused by the sound of firecrackers. Since finding out his secret England put a curse on Hong Kong to make his eyebrows thick and ugly.

Taiwan: The flashy girly-girl of the gang, she talks about fashion and buys all kinds of clothes to try to seduce Japan and get in his pants.

Practically every country but the most decent ones appear in APH. Here we show a few of them, just to give an idea about the general Japanese opinion about them.

Prussia: The brother of Germany who is pretty much the manifestation of his good side. Less mentally insane and more caring, Prussia shows how good it is to be ruled by Hitler. Later killed by the allies after WWII as shown above.

Poland: The token useless cross dresser crack whore who tries to get in Liet's pants but fails because of Russia's constant interfearing. He often sleeps around and doesn't do anything useful but talk about shit and ponys and get beat up later.

Southern Italy: Northern Italy's brother, he's a idiotic emo who's always whining about his brother's relationship with Germany despite the fact that he hates both of them and so it would be better to let them alone so they can live together peacefully far from him. Raised and molested by Spain and has a crush on him. Kinda creepy if you think about it.

Belgium: The girl no one really notices. Because she is a dirty whore, with blue waffle.

Hungary: The other girl who's always trying to catch yaoi shots.

Austria: That guy who plays the piano. Is a total dick.

Seychelles: The fish lover who's supposed to be black, but her skin changes to a lighter colour.

Spain: The guy with a tomato fetish, has obssesion with the Italy brothers. Touched Romano as a child (and still does),and made him crossdress. Is totally not a pedophile. He prefers...'shota' fan.

Egypt: That guy who made those children card games.

Obviously the Japanese know absolutely nothing about fascism, because if they did they wouldn't make 99% of the cast homo/bisexual. Also, they feature Seychelles and other shits like Switzerland and yet they pretend practically all African countries but Egypt, all South American countries, and even a few important European ones like Portugal and Ireland don't exist. Though at least they are a little bit more intelligent than USA.