For those without comedic tastes, the so-called experts at Wikipedia think they have an article about the Cornish.

Cornish refers to anything from the corn maze, such as the local race of pixies or their language, or Hens. It is not to be confused with 'corny' or that thing you get on your foot.

File:Eyes-2.jpg
The Cornish do not wear these. For that matter, neither do the Welsh when the leeks sprout eyes and legs and start acting all creepy.

The Cornish do not wear leeks because they forgot why. Sillies. If you don't know either, that's too bad for your mom.[1]

Corn mazes were invented in Cornwall, hence its name. Because they are so popular there, anyone who has lived there for any length of time can easily find their way out of mazes of any kind, as getting anywhere requires traversing many fields of corn mazes. 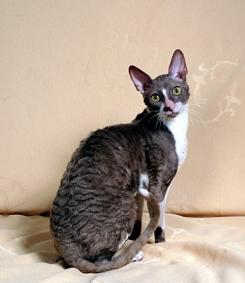 Contrary to popular belief, the Cornish are not actually pixies, but rather human-pixie hybrids, similar to how the Welsh are human-sheep hybrids.[2] When Cornwall was invaded by humans, they intermarried with the pixies and some cats to ultimately produce the creatures known as 'Cornish'. The language they speak today is a mix of the original pixie language and whatever everyone else spoke.[3] Due to a recent influx of rats, the gene pool and language have come under their influence.[4] This is why the younger generations have tails and talk in squeaky voices. Also, no one can put out rat poison anymore for fear of being accused of racism.

They do not rule themselves because pixies are anarchists. Instead, they are ruled by a duck, because ducks enjoy ruling anarchist pixie hybrids. This may be because they receive lots of free bread crumbs; we all know that ducks love bread.[citation needed] Cornish bread is more appealing to ducks than the regular kind, which is another reason why ducks rule Cornwall. However, all the bread causes disputes between the ducks, which means that they haven't got time to be rulers, so the Cornish have to measure rule themselves -- which, of course, doesn't really happen.