For those without comedic tastes, the so-called experts at Wikipedia think they have an article about Fruit.

Apples are now this popular.

The first fruit was invented in 2030 AD when Steve Jobs fed a tree a pack of half-empty laxatives. The tree had a bad-ass chemical reaction and shot red apples from its green afro, and so these apples were the first fruit ever discovered. Then over 9000 years later, Mussolini repeated this process when finding apple tree seeds under his matress during World War 2.5, but he was so fucking hungry when he did it. He took a bite out of these 'apples' and it tasted like shit. He distributed these apples to Your Moms who now secretly hide them in your Transformers Lunchboxes before you go to school as part of a highly nutritous school meal. It replaced Mystery Meat, Soylent Green, and Chicken Wangs on worldwide school cafeteria menus.

Fruit was closely examined by scientists later on, and found out apples have many nutrients and vitamins including: Asshole Crabs disease - Not very good on the hole. Pussy hormones - Sex change in a can. Grue dandruff - Prevents you from short-range missile attacks and Battlefield Earth. Vitamin ABC 8/9c Saturday Line-up (If there ever was one) - Wut?

Apples were not the only fruit discovered, during the Song Dynasty, Chairman Mario found a bunch of green things in his underwear. These were all the other fruit excluding apples, and were produced the same way by Oscar Wilde to become a popular treat today. 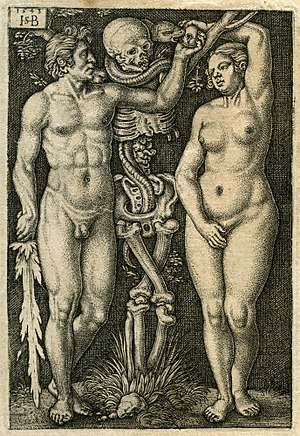 Some examples of fruit seen today.

Why you shouldn't eat Grueberries. They can smell it from afar.

Avoid these as much as Grueberries.

Oranges are orange and rhyme with orange.

These are special freaks in the world of fruit. They were first uncovered by slapstick comedians following in the footsteps of the late great Charlie Chaplin at some point in the late Jurassic period. The undisputed champion of the category is the Banana. It has been the cause of more broken hips and brutal chase scene face plants than excessive lubricant accidents and attempts at figure skating's ultimate move, the Iron Lotus, combined. The FDA requires all Bananas be accounted for on the basis of their being so dangerous in the hands of an unwieldy prankster. Such slogans as "These are not for the faint of heart." and "Use with care." have been used by Banana manufacturers for years. Other funny fruit include but are not limited to: