Montevideo is the capital, largest city, and chief port of Uruguay, or so they say anyway. Given that it is more than twice as large as any other city in the world, it was launched into space in 1950 by mayor Homer Simpson. By doing so, time froze and now Uruguayans keep talking about how they beated the Brazilians in the FIFA world cup. Montevideo has a privileged harbour, one of the most important in the Americas. Many monuments and museums cover the city, such as a big stone penis known as the Obelisk.

Montevideo is the only city in Uruguay that isn't inhabited by evil cows. Instead, it is populated mainly by public employees and some actual people.

Montevideo's population makes up roughly 44% of the entire country of Uruguay. The surrounding province of Canelones, essentially Montevideo's suburbs and direct rural area, makes up another 12%.

Montevideo is situated in the south of the country, The geographic coordinates are 34.5° S, 56°W.

18 de Julio, the city's main avenue and one of the finest of South America, extends from the Plaza Independencia, which is the junction between the Ciudad Vieja (the historical quarter) and the rest of the city, to the neighbourhood of Cordón....

There are at least two explanations for the name Montevideo: The first states that it comes from the Portuguese "Monte vide eu" which means "I see a mountain". The second is that the Spaniards recorded the location of a mountain in a map as "Monte VI De Este a Oeste" meaning "The sixth mountain from east to west". The city's full original name is San Felipe y Santiago de Montevideo.

Montevideo was first found by Juan Diaz De Solis. He arrived in 1516. He encountered the natives living there, and was killed by them, along with the rest of his group of travelers. The Portuguese founded Colonia del Sacramento in the 17th century despite Spanish claims to the area due to the Treaty of Tordesillas. The Spanish chased the Portuguese out of a fort in the area in 1724. Then, Bruno Mauricio de Zabala – governor of Buenos Aires – founded the city on December 24, 1726 to prevent further incursions.

In 1828, the town became the capital of Uruguay.

The city fell under heavy British influence from the early 19th century until the early 20th century as a way to circumvent Argentine and Brazilian commercial control. It was repeatedly besieged by Argentinean dictator Juan Manuel de Rosas between 1838 and 1851. Between 1860 and 1911, British Owned Railway companies built an extensive railroad network linking the city to the surrounding countryside.

During World War II, a famous incident involving the German pocket battleship Admiral Graf Spee took place in Punta del Este, 200 km from Montevideo. After the Battle of the River Plate with the British navy on December 13, 1939, the Graf Spee retreated to Montevideo's port, which was considered neutral then. To avoid risking the crew in what he thought would be a losing battle, Captain Hans Langsdorff scuttled the ship on December 17. Langsdorff committed suicide two days later. On 10 February 2006, the eagle figurehead of the Admiral Graf Spee was recovered. To protect the feelings of those still sensitive to Nazi Germany, the swastika on the figurehead was covered as it was pulled from the water.

Since 2005 the Mayor of Montevideo (styled Intendente Municipal in Spanish) has been Ricardo Ehrlich, of the Frente Amplio (Broad Front), gaining 61% of the vote in the Mayoral elections, beating Pedro Bordaberry of the Partido Colorado, who scored 27%.

During the mid-20th century, military dictatorship and economic stagnation caused a decline whose residual effects are still seen today. Many rural poor flooded the city, with a large concentration in Ciudad Vieja.

Panorama of Montevideo. Taken from the Torre de las Telecomunicaciones. The Palacio Salvo is visible on the far right.

The city shows some evidence of world city formation. The past lives on in style, though. Back in 1870, the average living standards there were higher than in the United States, and it shows. 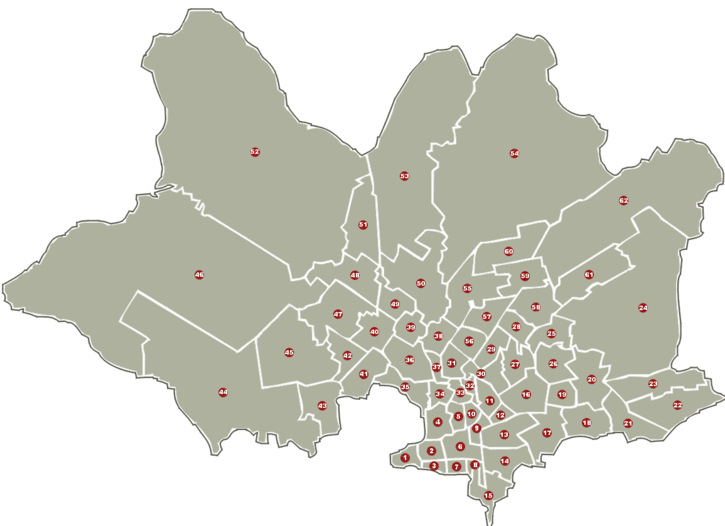 Montevideo hosted all the matches of the 1st FIFA World Cup in 1930. Uruguay won the tournament by defeating Argentina 4-2, and later in 1950 defeated Brazil 2-1 achieving its second World Cup Championship. Uruguay also won several olympic medals in soccer and the "Copa America". Its Estadio Centenario is considered a temple of world football. The city is home to two of the most important South American football clubs: Nacional and Peñarol.