From Uncyclopedia, the content-free encyclopedia.
< User:Flutter‎ | Funpages‎ | transform
Jump to: navigation, search
Your mom
This is the original Your mom article before rewritten. I did't change much when translunct, and the original page is here.

For those without comedic tastes, the so-called experts at Wikipedia have an article about Your Mum.

Fun facts about your mom:[edit]

Big Mama Is not your mum.

It's ya mum! Her thighs turn me on!

When asked about your mom, people replied....

I see you're looking for your mom, well you're headed in the right direction. Oh snap! 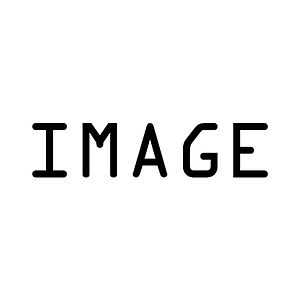 A stalker, (s)he's after your mom. Eh, nobody cares.

Whistler's Mother is not to be confused with your mom, who is commonly considered to be much hotter and a lot less bitchy. Plus, she isn't all snooty. Damn, I hate your mother.

This is your mom.

'Your maw' is a Scottish colloquialism that derives from the phrase 'Your Mother'. Originally a phrase in English used to indicated someone’s birth parent, this Scottish version is most commonly used as way to put down people who have wronged you (or fucked you off as the natives would put it).

Examples of the phrases use are the following:

"Shut up ya baw bag or i'll beat you so hard your maw will feel it!"
"I'm ge'in so fat 'cause a'time i have your maw she geez me a sandwich."

It can also be used in place of the common phrase 'Fuck Off' to end an argument:

People should however be wary of using it in the latter sense as it will often lead to what is affectionately known as a Glasgow Kiss or if in certain parts of Govan, a Glessing.

Every 5 seconds in England, one person of the sex "Male" under the human sanity age (thats about 23) says "Your Mum". Why?

The girls had enough and decided to do the exact opposite, by saying "Your Father". Unfortunatly, this made them look more like slag/sluts etc. Therefore....

Your mom is a man and your dad is gay. Pancakes.

'Jou ma' is a common phrase used to rebut an argument. It is often used in conjunction with 'se poes' or 'se gat' to form the often heard 'Jou ma se poes!' or 'Jou ma se gat!' which roughly translated means 'Your moms vagina' and 'Your moms asshole!' respectivly, although the former is the one more often used.

Your mom is also used in as a lazy phrase to indicate someone having had sexual intercourse with an adversary’s mother. This is used often in cajoling and in defensive/offensive verbal banter between neds (who's natural habitats include Glasgow, Edinburgh and All of England; though English neds are weaklings and hardly worth counting) that often results in a battling not too dissimilar to that portrayed in the cartoon Pokemon. The battling invariably ends in one neds humiliation at which point he will run home to aforementioned 'sexually abused mother' to grass up who has just clattered him and stained his Fila trackies with grass, pish and bucky. If people are feeling particularly intelligent that day then the phrase can be used as a way of turning the conversation around on the other person. e.g.

In the Soviet Union, Your Mother Orbits You

In the Soviet Union, Your Mother Climbs You

Yo Momma is a television series created by George Dubya Bush himself to destroy any credibility our nation has left by lowering our already pathetically low standards of entertainment. Also it airs on MTV2 and maybe MTV Sometimes.

Overview - The show Itself is hosted by a perennial jackass named Wimer Valderama. This man from what experts have gathered is a bastard child. In the Show contestants compete by, "Slinging their Slander" at each other, these jokes don't have to be about the other contestants' mothers but you get extra points if you can tell a 'Yo Momma' joke without looking like an asshole. For Example:

Round One - The show is divided into rounds, round one being the free for all round, where anyone, from hardcore blacksters to asians dudes with nerdy specs can compete, the winner gets to go on to a one-on-one match with the winner from the other side of town, as I'm sure you can imagine all rounds go like this.

One-on-One Rounds - Next the one-on-one matches begin, the winner getting some "Cash Moooney" and dying a little on the inside, because this was and is their greatest accopmlishment.

Sometime within the match