From Uncyclopedia, the content-free encyclopedia.
(Redirected from Vilnius)
Jump to navigation Jump to search

Vilnius is a famous Nemencine city suburb. Lithuanian shopping and f*cking mall for all Lithuanian and Lukashenkian peasants. All inhabitants of Lithuanian rural areas have a very old tradition to gather around in the village called Vilnius to practice their favorite traditional sports Tai-Chi-Chuan. Mainly because of the latter Vilnius is also known as permanent traffic jam located around the Castle of Gediminas. Currently ruled by legendary Vilnius Brigade, whose chief of staff is mysterious Abonentas, also known as Zuoka, Zuokula. Zuokula is a protection angel of Vilnius. He protects Vilnius against bad spirits coming mainly from LNK (successor of KGB) and personally from The President of Lithuania.in vilnius is living ciacia the famous dealer of the used socks.

Long time inhabitated by unknow nationality ppl Poles(sometimes Pshekish), but since WW3, Poles were forced to move back to Poland. But many people decided to stay. Currently they are called the Tooteyshy, which means "shy being here". The city also houses the last known Pinchiukas.

Probably the biggest sea port in the Baltic Sea. Most famous for being the place where Titanic started it’s first journey. Not much more is known about Klamydia, mostly because it is a military zone and is off-limits to everyone but the highest rank government officials, although some of the people extradited from places like Panevėžys or Slabodkė have their villas in Rybportas and still fish in the Mediterranean Lagoon ( Kursiu Marios ). Everyone entering Klamydia's other areas without permission will be tortured and killed. The place that you need to see is Ryphortas, the dark and excellent place for hiding.Other dangerous places :Maxima (a shoping centre, now upgraded into "akropolis"),Mogiliovo g-ve (Mogiliovo Street) ,and Piene (the milk shop.) “The milk shop” really is secret underground bunker witch is heavily guarded by native drug dealers. Anyone who’s spotted near the bunker is captured and taken to the bunkers lowest level, also known as SKIBALE where the prisoners are used for testing of a new drug’s or Dobravolskis torture elements made from metal.Klamydia is the strongest city in Lithuania. Force people rule's the city,but some of the Banglai resists them. Information available on internet which is accesed by educational institutions in Klamydia is controlled (smaller version of the Great China Firewall) by Garshka a.k.a. Rolikas. Only Nataly Mogucaja stands between him and world domination. Also in the SOuth block live not bad people like tomas. So better don`t go to Pietine street. If you will enter Pietine street, you can be killed by local drug dillers. Same is to Zharede's quartal. Local Force leader Donis is also known as drinking friend of gang named "Naktine Ledi" (NL), whos leader is famous warchief PETKUS, the mighty ruler of karlskrona. Anyone rose hand against him will die from a Sigal's maneuver. Also in this city is going illegal street races called with codname "street chalenge". Entering vechiles- Fiat Ducato 1986, VW golf II 1984, and some bicycles sometimes skateboards. Of course nobody tries to take the first place, because almighty petkus always takes first place. All contestants are affraid of him and his mighty skateboard called "Ex-Honda civic". PETKUS likes such coctails as brandy with milk, beer with crab juice etc. Sometimes he even drinks pure gasoline. Because as ancient gods said it is better than viagra which is very needed by PETKUS. 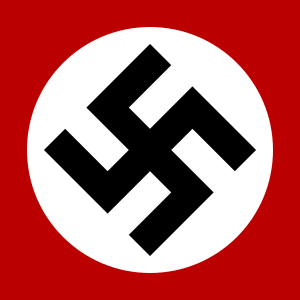 Above: The Sun Clock of Šiauliai.

It's the most important city in Lithuania. Thanks to the NATO bases it has the fastest growing economy in the region.

In Šiauliai the main clock is created by the sun and is called Sun clock. Bad for citizens that on cloudy days they don't know the time.But they have cool Gubernijos beer. There are a lot of niggers. They work for food. National food is kebabas. The other thing that can be written about Siauliai is that these niggas hate "labasnia" (Lithuanians) so they make all kinds of "zapadlo" (one of the types of changing a mood of human from good to bad). Usually performed with doors, bananas, "arbuzai", "kibirai" which are thrown to people, that's why they usually get severe and sometimes critical damage from "bratva" ir "chebra". Weapons are: "skarbonke", "patranka", "armatura" and master sport of karate. Most famous rep person in Siauliai is Maxas. Legend says he is "giminiukas" (ment to be "a cousin" most probably) of 50 cent.

The biggest refugee camp in Europe. Pabrade in 1950-1993 was one of the biggest tank divisions in the USSR. One of the nicest and calmest places in Lithuania.Also known for jew and nigger killing,and famous for inhabitant Hannibal Lecter.

Major producer of pickles. Managed and owned by Agurkich.