So today I learned a lot of interesting stuff. They say school is boring but I don't find it to be at all. I can't imagine how anyone could find school boring. Maybe everyone else goes to dull schools where you don't learn anything, but I certainly don't. I wouldn't drop it for a straw in a needlestack.

In biology class I learnt how you dissect a tribble. I always thought they jumped around a lot, like in those Star Trek educational films, but the ones they had in class didn't move at all. They just, like, sat there. I guess they were dead. Anyway, we cut them up with special pink scissors and there was fuzz all over. Miss Foo, the biology teacher, says the scissors have to be pink or else the tribbles will vaporise. She's really smart like that. Some people say she knows everything. I think they're underestimating her.

In physics we learnt the equation for raising the roof. The amount the roof is raised is equal to the double root of its interrogative case. Or maybe it was a stem. I didn't pay attention very well because I was busy throwing pencils at my classmates. If we substitute 3x for the velocity measured in oranges per second, we can raise the roof by eleventeen metres cubed! I don't really know what raising the roof means but I think it's important or something, kind of like that global muffin thingy. So it's pretty cool that we're learning the scientific side of it and all, innit?

Speaking of muffins, I also learnt in food class how they're made. They take anthrax and bird seeds and mix them with used toilet paper and sewer water, then add dirt vitamins for extra nutrition. They also let them sit around for two years so they get nice and mouldy so they're even better for you to eat. It also makes them really yummy. They say the blueberries are really just wax coloured with anthrax and other bacterias. I think that sounds a lot healthier for you than real blueberries, innit? And tastier too. 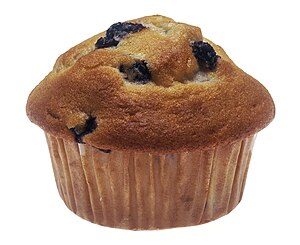 Special K cereal is made like that too, just with serial killers instead of sewery thingies, and more content-free because they make it out of Uncyclopedia users. Soylent Green is made out of Uncyclopedia users too, but most of it is tofu. Uncyclopedia is made out of potatoes innit? Or was that Wikipedia? I forget. I think anthrax muffins are delicious. Especially the grey, fuzzy kind made with permablocked Wikipedians. They should serve those at school. They taste better than the brown shiny kind that's made of pee juice.

And finally, in parenting class we learnt about what you do with babies. We actually used fake babies made out of soylent potatoes but they work just as well as the real kind. The best way to put a baby to sleep is to throw it on the floor until it stops crying. You can also sit on it, throw it out with the bathwater or store it in the closet for a week but that doesn't work as well, so it's best to throw it on the floor. I got really good at baby throwing. Some annoying person said I was abusing children but my teacher says it's ok to throw them because babies are made of clay and don't feel anything. They might melt if you make their bath too hot, also, so it's best to put ice cubes in it. And if you have to feed the baby, make sure to give it poop, especially bunny poop, because that has lots of viterals and minamins in it. But never under any circumstances give the baby baby food because then you have to call poison control.

So that's the fun stuff I learnt today. Don't you think it's fun? I hope my children go to that same school and that I have exactly 3.75 children, because that's the perfect number, innit? I'm also hungry, can you get me some killer cereal please?